We Are The Lucky Thirteen (Expanded)

by The God Damn Whores 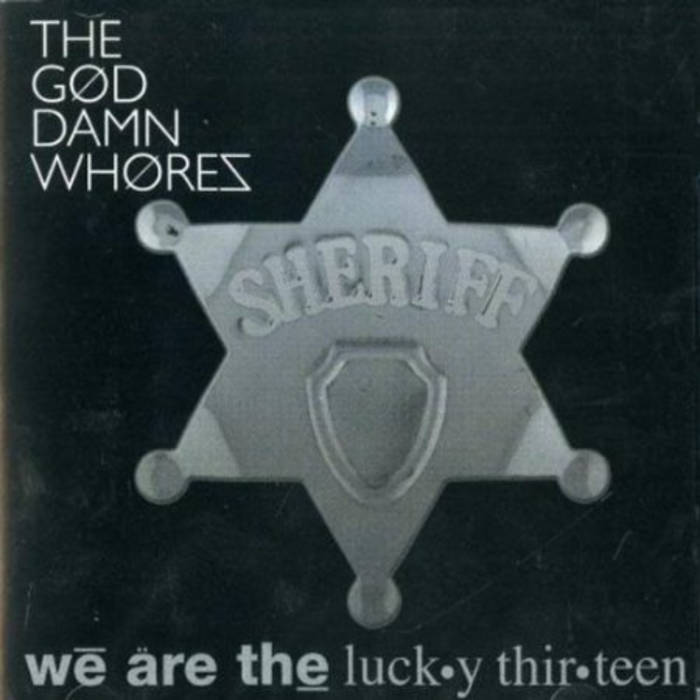 This album was originally recorded in Jan 2003 and was never originally intended for release. It was an experiment in simplicity with no keyboards used, no frills-arrangements and was a way of learning to use a new recording device I'd just got my hands on. It featured nods to various punk/new wave bands I'd listened to in my teens and was intended to be listened to/laughed at with friends over drinks. Lots of drinks. Ginger Wildheart heard it and urged me to put it out, and to play live shows, so I did. Some liked it. Some hated the fact that I'd put out such simple dross and were very vocal about the fact that I 'could do better'. Talk about missing the point. It's got a certain charm I suppose so here it is again for those who missed out the first time. Only this time it appears with 6 bonus tracks, 3 of which have never been heard anywhere before. 'Harrowing #1', 'Remission' and 'We can't fake it' were originally meant to be bonus tracks on an expanded version of 'Heya-heya-heya-heya-ho!' that never saw the light of day. Oh, and listen out for another hidden track which is actually the title track, 'We are the lucky thirteen', originally intended to be the album's opener but was omitted due to the fact that it just didn't come out the way I wanted it to. Listen at your peril. X
Random Jon Poole, England, November 2013

Bandcamp Daily  your guide to the world of Bandcamp

cktrl talks about heartbreak and his new record 'Robyn'